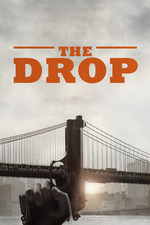 "Nobody ever sees you coming do they, Bob?"

A really toned down and captivating crime drama that cleverly revolves around its well written characters.
My main problem with the film was that I speak English, so understanding this was hard with no subtitles.
Ortiz was pretty damn great and he was a superb aspect of the film.
Overall, this film is a solid 4 star film but what made it an extra half star is the theories that are floating around regarding the ending of the film. I won't say what they are so not to spoil it for people but I really dig the ideas on the finale.

I am curious to see what rising star, James Gandolfini, will do next.