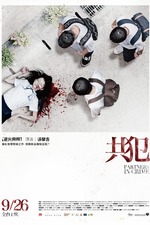 One Room With A View’s review published on Letterboxd:

We are launched into the technological connections of youth as classmates blog to find the murderer; whilst our trio break into Wei-chiao’s old apartment to sneak through her underwear, diary and seedily strip her computer for clues.

Every scene is poignant whilst sown throughout are the seeds of teenage discomfort. The action gets increasingly frantic and the group’s social stalking is a frank contrast with the technological detachment that other teens around them face.

The biggest reflective element of Partners in Crime are the comments about society in Taiwan that show a true element of disconnection in the Teenage culture, a disconnection that ironically they try to plug with social media and faking digital friendships or personalities.

One Room is using Letterboxd to share film reviews and lists with friends. Join here.