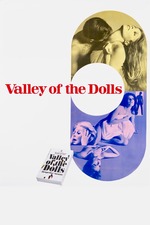 Was Valley of the Dolls ever on the cutting edge? With the Hays Code in decline, the film certainly had more licence to depict its characters' descents into drugs and sexual degradation. So why does it feel so oddly out of time, even when compared to earlier addiction dramas?

Released on the eve of the New Hollywood, Valley is devoid of contemporary culture. Its New York is exclusively tony and uppercrust; its Los Angeles is devoid of hippies and bohemians. And the style is just as staid as the substance – Valley looks and moves like an early 60s studio picture. For all its attempts to expose the rot beneath the glamour, it retains a layer of artifice that accounts for its camp appeal.