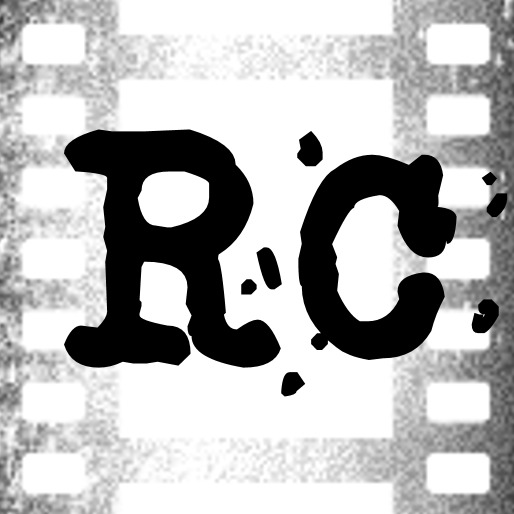 Fun, thought-provoking film analysis — deep-dives, lists, criticism, and everything in between.

The highest rated films of each decade from Berlin, Cannes, and Venice, per Letterboxd users.

Check out the full story here!

A Year in Cinema: Film Festivals of 2011

Earlier this week, we kicked off a 4-part series examining how film festivals can define the year in cinema – and how our perspective can change in the years to come. We’ll be looking back at the year-in-festivals of 5, 10, 25, and 50 years ago.

A Year in Cinema: Film Festivals of 2016

If you know die-hard cinemaniacs, you’ve heard of it. If you’ve been on Twitter around, say, Labor Day weekend, you’ve seen it. And if you’ve attended a film festival – from Cannes to the smallest local fest – you’ve experienced it. The Festival High. Disasters are suddenly redeemable. Average becomes sublime. Basic competence is turned into a masterpiece.

The Magnificent Intimacy of the Middleburg Film Festival

Since 2013, the Middleburg Film Festival has screened hundreds of renowned films, attracting the attention of upcoming talent, and bringing together the East Coast film community. Damien Chazelle and then-President of the Academy Cheryl Boone Isaacs made appearances at Middleburg in 2016. In 2017, the festival screened 25 films at various venues for roughly 4,000 filmgoers, and Dee Rees and Greta Gerwig traveled to Middleburg to introduce their films (Mudbound and Lady Bird, respectively). The 2019 festival grew to 34…

For decades, Berlin, Cannes, and Venice have been widely considered the “Big Three” international film festivals by the general film community, making each festival’s top prize — the Golden Bear, Palme d’Or, and Golden Lion, respectively — highly prestigious and highly coveted. But how well does that prestige, typically bestowed via a small jury at each festival, translate to critical and audience appreciation over the years?

Sara joins Carson and Zach as they draft their most anticipated movies set to drop for the rest of 2021, with one twist: you're only allowed to watch one new release per month.

So Mare of Easttown is over and you're looking for the next big miniseries. You're perusing HBOMax, probably, since that's the designated home for juicy miniseries that inevitably stop being miniseries when they get a second season due to obscene popularity. You'll check Netflix, then Hulu, and maybe even Apple TV+ if you're desperate, or Disney+ if you're an MCU fan. But, what's that...wait a minute. You skipped over Netflix's film section?

For Your (Re)Consideration: The Court Jester

“For Your (Re)Consideration” is Rough Cut’s ongoing series in which our staff will make the case for a film they feel is underseen or underappreciated relative to the canon.

June is Movie Musicals Month over at Rough Cut Cinema, and we’re kicking things off by bringing you our joint Top 10 Movie Musicals! We asked our team to each rank their own top ten, using whatever metrics and criteria best helped them narrow down the field. Some excluded animated films (to avoid the “pick between the Disney Renaissance options” problem), others chose not to consider films straddling the genres of “music” and “musical” (pour one out for Inside Llewyn…

Most of us went more than a year without walking into a movie theater. Don’t be like me; don’t be stricken by paralysis when you pull up the seating chart for your favorite local cineplex and have approximately 4:51 seconds left to make your selection and checkout. Eventually, we may even be able to walk into a theater without a preselected seat. What will you do? Will you panic, your decision-making brain-muscle left limp from months of neglect? Or will…

Read the Letterboxd exclusive article here and check out the June…

In Honor of Pig: Oink your Face/Off 14 films

Movies that would have been better with Nic Cage or a pig ("read notes" version is recommended -- otherwise, you'll…

The "Return to Theatres" Lineup 11 films

The Rough Cut team curates a program of the films they'd use to welcome audiences back to the movies.

An absolutely thrilling retelling of the 2018 rescue of a young Thai soccer team from a flooded cave system. Smart editing of contemporaneous footage, recreations, talking heads, and computer imaging makes for a propulsive and moving experience.

The subject is charming, alternating between nuanced self-awareness and a friendly but unchecked ego, but the real draw here is how director Penny Lane turns this into a sneakily insightful examination of the merits of popular, mass-appeal art.

English language remakes — especially those made so soon after their progenitors — have a high bar to clear in order to prove their value, particularly in a day and age where foreign cinema is more accessible than ever. As of this writing I can watch the 2018 version of The Guilty on Hulu, rent it from my service of choice, or pop over to my local library and pick up the DVD. If it’s that easy, why bother with…

Rebecca Huntt’s autobiographical documentary is an expressionistic and poetic feat. At times seems to walk a thin line between introspective and performative, but for the most part feels like a substantial act of artistic courage.

and you’re telling me this is the one without all the torture?

I've been thinking a lot about death lately. I like the idea that death follows you around. It's kind of comforting, knowing that the one thing that is certain has been with you since you took your first breath.

This film raises an interesting question -- if you could, would you bargain with death? Borrow a little more time to accomplish one last task? Or say one last goodbye? Or maybe try and assure yourself that death doesn't really mean…

Every person who ever used Raid-like to describe the action in any non-John Wick movie is an absolute liar.