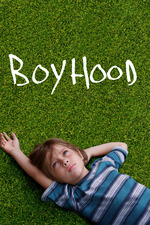 On some level, Boyhood relates to practically everyone, and it is for that reason that I can proudly say that Richard Linklater has crafted what is arguably the best coming-of-age film, but unarguably a cinematic masterpiece.

It was surprising how extensively Linklater utilized the product placement of everyday items from the 2000s to really hit the audience with wave after wave of nostalgic feelings. The aptly compiled soundtrack successfully does the same. All-throughout, the film is a perfect glimpse at the social, cultural, political, and even economic climates of the United States in the 2000s. Thus, Boyhood deftly alternates between a coming-of-age drama and a period film.

The casting was also central to the success of the film. Patricia Arquette, Ellar Coltrane, Lorelei Linklater and Ethan Hawke are all so genuine throughout. Herein lies the reasoning behind the 12-days-for-12-years filming methodology; the actors natural growth both in age and behavior makes the film that much more of an experience.

In the end, what truly makes Boyhood so fulfilling is how Linklater is able to put microscopic focus on seemingly average interactions to paint a encompassing portrait of something meaningful and universal. All the pivotal points of adolescence are highlighted with such genuine finesse that the film is irresistibly simple yet incredibly thought-provoking and undeniably nostalgic. This magic is what made the Before series such a success, and here it works wonders for Linklater and his cast.

Through its examination of raw adolescence, parenting, and a portion of the human experience, Boyhood is truly a cinematic epic—so grand in scale and scope. There are many reasons to love Richard Linklater, and this movie comprised of all of those and more.