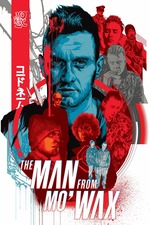 The rise, fall and eventual rise again of James Lavelle, vinyl junkie turned trailblazing record label producer and creative figurehead of musical outfit UNKLE, may be an overly familiar tale of the young ingénue who succumbs to his own bloated ego and lifestyle excesses.

But what gives The Man From Mo’Wax character and depth, lifting it above and beyond that usual portrayal of talent gone awry, is the compelling central figure. No stone is left unturned by director Matthew Jones as the film tracks Lavelle from a gangly bespectacled hip hop-fixated teen, right though to a triumphant return via his gig as curator of London’s South Bank Meltdown festival back in 2014. Unexpectedly, even Lavelle’s own mum appears throughout to offer her own perspective of his life and career.

What Keeps You Alive