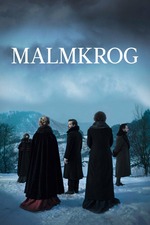 "The only joy left is the thought that reason will triumph"

"What if the real winners are the microbes of physical decay?"

Five people in period garb stand, sit, and move around a series of elegant salons in a country estate in turn-of-the-century Transylvania and hold long, thoughtful, mostly even-keeled Socratic discussions concerning the nature of good and evil, the spread of European "civilization," the maddening inconsistencies of the Gospels, and the all-encompassing supremacy of death.

200 minutes of this, and I was hooked for all of them, even during the Olga chapter, which was dense even for my tastes, and which immediately made me want to revisit the movie. Tudor Vladimir Panduru's smooth camerawork and Puiu's subtle, precise blocking are exceptional agents of visual storytelling.

And yes, it's easy to dismiss everything Puiu does here as sickeningly pretentious – from the subject matter to the length to the fact that he's faithfully adapting a didactic text written by a 19th-century Russian philosopher who looked like Rasputin. But that's suggesting there is no substance behind any of this, which is definitely not the case.

On the contrary, Malmkrog unspools 20 centuries' worth of Western philosophy and Christian exegesis, revelling not just in the depth and breadth of its multi-layered and deliciously complex arguments, but also in the dark comedy of setting these wide-ranging discourses against the historical backdrop of Europe stumbling inexorably towards the precipice of a paradigm-shifting war that would effectively destroy the very world the aristocratic protagonists occupy. I especially enjoyed Edouard's excursion on the supposed superiority of European culture and the alleged impossibility of debilitating conflict between "advanced" colonial nations. "All must become Europeans" – punchline of the year?

And then there's the creeping darkness to everything, the sense that the comforting illusion of moral and historical clarity has been lost forever. The characters look at history as something they make; but now, it seems they have an inkling that history is about to unmake them – a feeling that, in 2021, is not a little troubling. Masterpiece.

"I feel a kind of disquiet, a sense of foreboding"