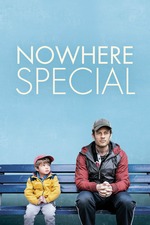 As a writer, Pasolini is far from beyond reproach, so you can definitely fault this for being a bit too sentimental, a bit too transparent of a tearjerker in places. In fact, I kept wondering what Ken Loach or even Mike Leigh, both of whom Pasolini obviously looks up to a lot, would have done with the same material – which, ironically, made me see the merits of Pasolini's version. Where Loach and Leigh might have made a more explicit class argument, he seems more generally interested in how society views both parenthood – "failed" parenthood in particular – and "predictable" death, and he does end up in some emotionally intriguing places (many of which are still rooted in class). The whole final third, which is essentially just a series of attempts by John to "get his affairs in order," for example, raises some appropriately thorny questions about what it means to die in a culture that prizes conscientious efficiency and "getting on with it" above all else. It's no Daniel Blake, but I think I still got something out of this.