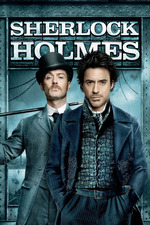 i talked about this briefly in my 10 cloverfield lane review, but one thing that abusers are very good at doing is appearing disproportionately powerful, even omnipotent, to their victims. abused people are overwhelmingly afraid to talk about their abuse at all, terrified that their abuser is over their shoulder, or somehow listening—that word will get back, somehow, that they’ve tried to break out of the cage, or to file away at the bars a tiny bit. or even that their abuser will just be able to tell. (culturally christian) abusers model their image after toxic representations of the christian god—forever watching, keeping, protecting, occasionally or more than occasionally punishing, always out of love. alleged love. love that’s not love, that’s altered, ’cuz it alteration binds.

which is why i have a very complicated relationship with magic. magical characters, in many constructions, used to be an extension of the ideology behind trickster heroes—a way for the weak to find a way to triumph over the strong. of course, a lot of this ability to threaten the status quo was demonised, hence the rise in counter-propaganda, tales of evil witches or malevolent ghosts. but then people started to reclaim these tales—what if (they said) witches weren’t so bad, if they were being oppressed for refusing to fit into patriarchal structures? so we had a whole wave of proto-feminist and feminist witch reclamation, which was and is very good, but in turn was co-opted, liberalised, and individualised. all of a sudden oppression of witches wasn’t based in anything specific like the gendered subjugation of >50% of the population anymore! it was just about difference—i.e., that people who are different, in some vague non-specific overly-open way, are the primary targets for institutional ostracism (exploitation? what’s that?). this wasn’t entirely a bad thing—it opened the door for oppression analogies like x-men, which could discuss certain topics while circumventing censorship, but even these remained unnecessarily mired in analogy long after the censors lifted the relevant restrictions. so now we have terrible young adult series with terrible dystopian politics like divergent, in which people who are different are cool people, better than everyone else because they’re not like everyone else, and the government wants to oppress them because they’re just so talented or magical, but of course their talents win out and they show their superiority, because they have the innate advantage and their bullies & oppressors are no match.

abuse is when the magical people have control.

because abusers make you feel so completely powerless. you try to break out of abuse, but they’ve already seen the path you’re taking and blocked it off, no matter how well you hide your intentions. you try to confront them, but they guilt you, turn things around so it’s your fault, and you can’t help but agree with them, no matter how topsy-turvy their reasoning. you manage to get free, but it’s so hard not to go back, no matter how much your body screams for you not to. you’re bound by rules that they’re not, at all, and of course they get to set the rules—how much you’re allowed to push back, how much control you can have over your own life. and all your friends are so in love with how sweet and kind and long-suffering your abusers are, as if they’ve been charmed…

of course, it’s hard to write stories in which non-magical people triumph over powerful magical people, precisely because the power imbalances are so stacked. it’s hard to think of a single example that doesn’t require a severe lapse of judgement on the part of the abuser(s). there’s jennifer kent’s monster, i guess, and perhaps over the garden wall, and maybe, arguably, hellboy? and writing stories in which non-magical people die at the hands of magical abusers is completely devastating and demoralising, so i don’t blame people for avoiding them and kind of do blame people for not. off the top of my head, the only good rendition i can remember is what’s opera, doc?, which i think completely ended the need for any more stories in that vein.

but i think it’s important to remember that abusers aren’t magical; that is to say, their science of abuse is insufficiently advanced. we can find rational and human explanations for everything they do. we can support each other’s escape attempts and counsel one another out of believing we’re responsible. and we can expose our abusers and show the world what they’re really up to, and why we don’t have to give in to them at all. we can oust them. these are stories that need the telling: people in power, pretending to be magical, being overthrown by the ordinary people they oppress, without a speck of magic.

what i’m trying to say is that this film casts a genuinely scary deep-state british empire cloaked in allegedly magical protections as its villain and delights in showing the ringleaders exposed, humiliated, and overthrown by a set of heroes who are 100% my #aesthetic so i’m in total gobsmacked love and want fifteen billion more films like this please thank you in jesus’s name amen.