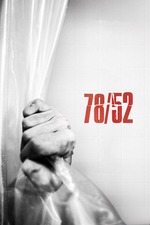 Pretty good documentary that explores the "shower scene" in Hitchcock's Psycho within the context of his films and others'.

There were a ton of things I hadn't thought of before, including the fight scene in Raging Bull was staged like the shower scene in Psycho.

Really, you have people from Peter Bogdanovitch to Elijah Wood talking about the scene as well as the editor from the Psycho remake.

Overall, a great film for anyone remotely interested in Hitchcock or Psycho.

Vegan POV: a non meat eater describes how they stabbed a raw steak as well as melons combining both to create the sound effects for the shower scene. The non meat eater said it made him feel nauseous to talk about.