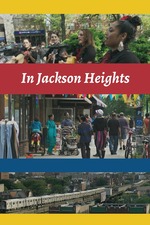 Some conversations were really interesting negated by the fact that it was overly long and Wiseman doesn't know a thing about editing. He wants to give us everything without making the tough cuts. I would have time (and interest) to watch more of his docs since they're nearly all on Kanopy, but if he can't be bothered to make a tight film, then I can't be bothered to watch all of his films.

Vegan alert:
-Skinned animals at meat markets
-Non-vegan foods featured at deli
-A variety of meat markets are featured
-Chicken tied up
-Man slicing chicken's necks and then dumping them and then throwing them in a vat
-Chickens plucked while other chickens are squawking nearby
-Cleaning out the chicken's gizzard and intestines and grinding them