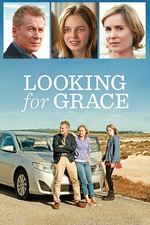 On reflection, it's a little less fantastic than I felt it was upon leaving the cinema, but I still think it's a solid drama.

This is only the second Sue Brooks films that I've seen (the other being Japanese Story) but I've found that I wasn't particularly emotionally engaged with either. That distance didn't affect my enjoyment, though, because I found other ways to engage - through the visuals, the very good to great acting, etc.

There are some gorgeous shots in this.

Odessa Young was great as Grace and I always like Radha Mitchell and Richard Roxburgh.

Also, this is the second (Australian) film that's been criticised, lately, for being tonally inconsistent, something I barely noticed while watching. I do understand what everyone means, but I didn't think about it until I read some reviews later. Perhaps it's my own mercurial moods that made me just go along with it, or maybe I'm just not a very discerning viewer. At any rate, it didn't bother me.

Andi B. is using Letterboxd to share film reviews and lists with friends. Join here.