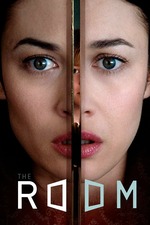 Unfortunate title aside, this one is kind of a mixed bag. I usually don't spoiler tag my reviews but it's hard to discuss this one otherwise...

Up front, I will applaud the cinematography and score. The house is also almost a star too, and the filmmakers make great use of it. You can almost see some of the fun had making the early scenes. And I will always give props for making the most of a budget, and in this case, none of the decisions impacted the story (smart camera work during the aging processes, a small amount of CG that ends up looking great, basically one main location and one one-off one, I think there were like 5 actors total but it works due to the story, etc.)

Unfortunately, while the story builds a decent bit of tension, it's undermined by low stakes and inconsistent characterization. To the first point, the entire thing boils down at the end to a semi-incestuous love triangle and a single gun, and the entire thing takes place over only a couple months... it really feels like with the possibilities of The Room, you could do much more. And not necessarily in a bombastic, big-budget way... But I expected the device (flux capacitor?) itself to be more intrinsically evil than it ended up being, with some kind of (human) cost being necessary for the wishes/"figments" to continue.

I was also let down by the characters, alternating between stupid, lazy, greedy, and at times downright evil. This could be a commentary on the realities of a relationship and the people involved, but it made for some real headscratchers. The mother overhears that the dad will have to kill her or her son eventually, and the dad overhears her overhearing. Her brilliant decision? Leave the son alone with the father and go on a joy ride... Earlier in the movie, the dad is the one pushing for a baby, and the movie for a moment seems like it's going to continue this thread (mom being resistant, dad pushing for children) by having the dad use The Room to make the baby. But no, it's the mom instead? I could never tell at any given point whether either of the leads loved or hated each other, or wanted the son to live or die. It flips around for both of them at several points and muddles a lot of the themes I think the creators were going for.

The acting was fairly spotty. The mom was consistently good, but the dad really overplayed the angst too early (after apparently being written as an aloof artist doof.) And this was totally the writing's fault, but the younger son actor did a much better job than the older one... I'd comment on inconsistent accents but I can't put my finger on why, only that it annoyed me the son had a very strong English accent almost out of nowhere.

A good setup but I wasn't convinced by the filmmakers that the second half was a logical conclusion of the first.