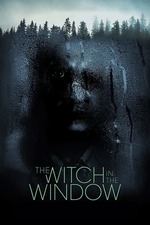 The Witch in the Window

Wonderful little low-budget horror film about a reluctant father-son pair dealing with a ghost in the house they're attempting to fix and flip. For what it is, the acting is surprisingly top-notch, and the director Andy Mitton has a great grasp of horror framing and editing to achieve tension. Unfortunately, there's really no suspense -- after a noticeable point, the titular witch basically stops being a threat, and when she attempts to "get" someone (like those cliche scenes where the character slowly turns to look at a shadow or something behind them), it's literally an old woman running at the camera with her arms flailing out. There's nothing the movie could do to make me take it seriously after seeing that.

It's a shame, since the bones of the story are pretty strong (despite some wonky and obvious dialogue in places), and like I said the performances were all there.

My final criticism is that while I understand the movie wanted to be "smart" and answer the eternal question of these movies "Why don't they just leave??", sending the son away (and then revealing he never came back) works against the themes of the movie. Actually, it seemed weird to me, since until that point we've mostly seen the movie through the son's eyes, and then they seemingly eject that protagonist 2/3's through the movie to make it about the dad.

The dad was probably intended as the main protagonist all along, but I dunno, it felt weird to me to have 70% of the movie be literally two people, and then they get scared and the dad goes "OK son kthxbye." And the ending is predictable from there.