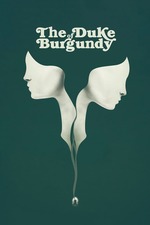 The Duke of Burgundy

Peter Strickland's latest film is unique, to say the least. But from the man who brought us Berberian Sound Studio, what more would you expect? Peculiar sexual role play and a woman's unsatisfying compromise at the behest of her lover (her master adopting the role of a submissive servant) are just some of the ideas infused within the many weirdo elements that make up The Duke of Burgundy. It is a film about deviant sex during a winter 'hibernation' (it is set in a sprawling noble mansion free of technological distraction, and men), but it remains non-judgemental and playfully serious.

It is very effective on a sensory level (as we would expect). I especially loved the score and the sound design, with shots of butterflies, moths and grubs cut aggressively (and hypnotically) into the sequences of elliptical sexually-charged interactions between the two women.

I was always engrossed because it is kept me guessing the entire time, but I felt like it was building towards something substantial, and then didn't really get there. The creepiness was rising, and it felt like the relationship was becoming increasingly tense and destructive. The film, at this time in the realms of overlong, then spirals back on itself, again, relinquishing its grip.

I much preferred the mind-melting Berberian Sound Studio, but this also takes on some giallo elements on its way to toying with fringe genres for the fun of it.

In the very entertaining Q&A that followed Strickland expressed that some of his choices have no reasoning. A mannequin in the background of a scene looked cool, the title started out as a joke and has no relevance whatsoever. The fact that a filmmaker can bring such technique and artistry to the medium, and leave a sense of point behind, is somewhat refreshing.