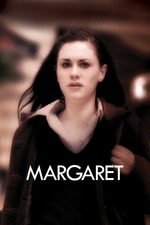 Kenneth Lonergan is the best director working today. Most people would likely disagree with that statement pretty strongly. They'd name someone with more cache like Quentin Tarantino or Martin Scorsese. Or if they're a cinefreak like most people here on letterboxd, maybe they'd throw out a Claire Denis or an Abbas Kiarostami or some such. But while I might prefer other filmmakers as auteurs as being the head of the whole filmmaking unit; there is no one I prefer as a director in its original form, as someone who directs actors.

If I can digress for a moment (are any of my reviews more review than digression? I have my doubts), I think comparing acting to comedy is revealing. In comedy, there are two general branches: stand-up and improv. While that's a gross over generalization, a kernel of a useful idea is there. Stand-up is all about attention, not necessarily (although usually) on the performer. It's about pointing an audience in a certain direction. Improv is, at least any truly talented performer will tell you, all about listening and being present. Too often, I feel like the general public highlights what I might call "stand-up" acting while ignoring "improv" acting (for my personal take on some great "improv" acting, you can look at my list of Best Ensemble Films).

It is Lonergan's skill at getting his performers to listen to each other to perform with each other that makes Margaret canonical. And the fact that he helps lead Anna Paquin's Lisa Cohen to start off not doing that but over the course of the film, fit more into the ensemble, is just another way he plays out the theme of her thinking of herself as the "lead in her own opera." I draw special attention to Matt Damon's performance, who I just didn't know could be this good. Each scene he's in is layered with multiple character moments going on at the same time. There's no "Oscar speech," but the final scene between him and Paquin is one of the finest acted scenes I've seen in my opinion.

I want to highlight two scenes that I think really get to the heart of how amazingly talented Lonergan is. In the first that I'll note, Lonergan plays Paquin's father, and he's on the phone with her. She's decided, after initially lying to the police about the light being green during the bus accident that starts the action of the film, that she should tell the truth, which is that it was red. On the surface, this is a conversation between a father and a daughter about a serious subject. But what could be very straightforward isn't here. Lonergan almost immediately focuses on protecting his daughter, so his conversation immediately becomes about sitting down with his lawyer. Paquin, on the other hand, is more concerned with the emotional side of the affair, not just her own feelings about what happened, but she's also frustrated with her current home life and is perhaps trying to make a connection with her father in the hopes of living with him instead of her mother. Then Lonergan's significant other (in the film) enters and begins trying to ask him questions about Lisa's potential visit.

In this scene, we have three players, all with different levels of information, all with different motivations, all conversing with each other. While for most writers and directors, this would be a throwaway scene, something simply to move the plot forward or just explain what's happening. Lonergan (as director) treats every character here like a human with personal motivation that continues, even in the "insignificant" parts of their lives.

Another scene, perhaps my favorite in the film, involves Paquin going to talk to Mark Ruffalo, the bus driver, about what happened. While a less talented director would play Ruffalo as a "jerk" here for not helping Paquin's character to feel better, for denying the two of them the stereotypical movie moment, Ruffalo is merely guarded, his language likely trained into him by his lawyers and his employers. In our podcast, Basil and I agreed that Ruffalo had cheated on his significant other despite the film never saying that for sure happened. It was all conveyed in Ruffalo's eyes, the nervous way that he kept looking at his significant other when a young, hot girl showed up at his place (especially compared to how he looked at Paquin while he was driving the bus).

I've only talked about one small aspect of a much larger film, a film that deals with topics as dense as grief and America's treatment of the Arab world, a film that even in the tiniest of details (Jean Reno's character helps "translate" software so banks can communicate with each other or something, tying into the ideas of communication that the film highlights) relate back to everything else that's going on. Lonergan has only made two films (both on my canon), and I'm unsure post what happened with Margaret if he'll get to or want to make another film anytime soon. But I, at least, will be waiting eagerly if he does.