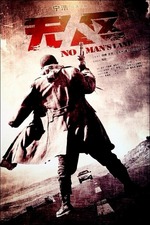 Ning Hao’s No Man’s Land (Wu ren qu), the third and easily the best Far Eastern film in the Cult programme, was also a western of sorts, as well as a Coens-esque caper of collisions deliberate and accidental. Hoping to enhance his prestige and profit at home, ambitious, amoral city lawyer Pan Xiao (Xu Zheng) defends an indefensible falcon smuggler/cop killer (Duo Bujie) in remote northwestern China – but then, returning by car along the only road through the Gobi desert, Pan has a series of picaresque, increasingly perilous encounters that will lead him to reexamine his own humanity in a dog-eat-dog world.

Combining an oater’s widescreen gun- and horse-play and desert stand-offs with the truck-as-weapon mechanics of Duel or the Mad Max films, No Man’s Land is a thrilling, often darkly funny genre piece – but it also comes with allegorical undercurrents, as the most extortionate, exploitative aspects of unchecked capitalism come to define the wild borderlands of this “story about animals”, which also serves as a cautionary fable for China.