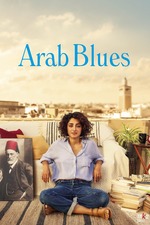 An enjoyably humanist comedy full of frustration and hope for Tunisia, with a focus on its characters working through all sorts of issues. The movie is at its best when it actually pokes at the state of things in the country, and it does so organically without being overly clunky.

The same can't be said about how it deals with LGBT themes, utilizing all the fingerspitzengefühl that you would expect from a French-Tunisian comedy. It's not much of a distraction though, with these things mostly being abstractions and also not used too much for laughs either.

Golshifteh Farahani is electric despite bringing the least energy to the movie. She can do a lot of things, but comedy isn't necessarily one of them. The contrast between the surrounding characters doing all the comedy while she is switching the tone to something more serious works amazingly well though, much thanks to her sympathetic presence. With her background she has an outgrown defiant air that lends itself perfectly to this role.