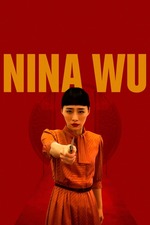 The old trick of pulling the rug and revealing that a really intense scene is actually just a staged scene inside the movie still works spectacularly well. Especially when it is utilized multiple times, so you just can't trust your perception of what's going on. This movie plays around a lot with this and how the camera helps displace the viewer's perspective.

This stylistic flair and a very intense lead performance is a bit wasted on a story that rambles on in the second half and loses some potential impact. It's all leading towards the most expected reveal, but takes some elaborate detours to get there. The movie keeps coming back to the necessity of nudity and sex scenes in a movie, so the seemingly unnecessary sex scenes here must be very deliberate. So the mystery isn't so much what happens but how complicit certain characters are. Whatever point is being made about that could probably have used some breathing room, rather than just closing on a note that doesn't really invite the viewer to keep thinking about it.