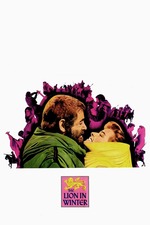 Part of Buddy the Elf, What's Your Favorite Color?

The year was 1969. Nominations for the 1968 Academy Awards were soon to be announced. Naturally, the films leading the Oscar discussion and the nomination field were 2001: A Space Odyssey, Stanley Kubrick’s dazzling venture into the far reaches of space, human evolution, and the future, and Rosemary’s Baby, Roman Polanski’s American debut featuring an oustanding Mia Farrow performance and a memorable exploration of maternal anxiety and paranoia. The two films combined to sweep the ceremony held in March, with 2001 winning Best Picture, Best Director, Best Original Screenplay, Best Film Editing, and Best Cinematography, while Rosemary’s Baby won Best Actress, Best Supporting Actress, Best Adapted Screenplay, Best Art Direction/Set Decoration, and Best Original Score. Audiences thrilled, assured once more by the Academy’s sagacity and taste, and all was right with the world.

Ha! No, no, nothing of the sort happened. Both 2001 and Rosemary’s Baby came away with nominations—four for the former, two for the latter—and each came away with a win—Best Visual Effects for 2001 and Best Supporting Actress for Rosemary’s Baby’s Ruth Gordon. But neither received a Best Picture nod, Farrow and Polanski’s contributions were overlooked, and each film somehow avoided nominations for its editing and cinematography. It is not a new observation to state that the Academy’s choices are often puzzling, but seldom have they been more puzzling than in that late 1960s spring. Then again, the films ignored were from the science fiction and psychological horror genres, neither of which was generally favored by the Academy (a fact unchanged today).

Fortunately, the Academy nominated another fantastic film for seven Oscars, including Best Picture, Best Actor, Best Actress, Best Director, and Best Adapted Screenplay. Heading into the ceremony, The Lion in Winter appeared primed to win big, having won the Golden Globe for Best Picture-Drama as well as the DGA and WGA awards. History was in its favor—only two films (The Quiet Man and The Graduate) had at that point won both the WGA and DGA awards and failed to win Best Picture, and both of those were comedies—another oft-disfavored genre come Oscar season. The Lion in Winter was a British period piece adapted from a hit Tony-winning play—in other words, Oscar bait. Why, surely The Lion in Winter was on its way to becoming the first film since It Happened One Night to sweep the Oscars’ “Big Five” categories.

Alas, the bafflement perpetrated by the Oscars is part of their ongoing charm. And so it was that Oliver! somehow managed to win Best Picture and Best Director, a combination of career recognition for the great Carol Reed and the last gasp of the bloated studio musical combining to blockade the better film (and Cliff Robertson’s antediluvian I Am Sam routine in Charly producing one of Peter O’Toole’s more notable Oscar losses). Even Katharine Hepburn's well-deserved win came in the form of a tie—the only one in the Best Actress category to date. It was a sad state of affairs, but where the Oscars go, little can be said to surprise.

That’s quite a lot of history to stuff into one introduction. But then The Lion in Winter stuffs quite a lot of history into its 134-minute runtime, dealing as it does with famous historical figures King Henry II of England (O’Toole); his wife, Eleanor of Aquitaine (Hepburn); their sons, Richard the Lionheart (Anthony Hopkins), Geoffrey, Duke of Brittany (John Castle), and John Lackland (Nigel Terry), the former and latter of whom would go on to become king; and King Philip II of France (Timothy Dalton). While on paper it may sound awfully dry—the medieval power brokerage of encrusted monarchs—in practice it is anything but. James Goldman’s script compresses a good deal of real-life archaic shenanigans and negotiations into a confabulated Christmas court, taking the combined form of Middle Ages melodrama and sharp-tongued screwball comedy. It is an odd generic mash-up, but one that works wonders and keeps director Anthony Harvey’s sophomore film from feeling like the stuffy, hidebound Shakespeare ripoff it might otherwise threaten to be.

The year is 1183. By way of background (from the decidedly non-expert son of a history enthusiast), King Henry II of the House of Plantagenet rules over the Angevin Empire, which contains present-day England as well as portions of the British Isles and much of Western France. His wife, Eleanor, is the Queen consort and one of the most powerful women of her day, but has been imprisoned in Salisbury since 1173 after conspiring with their sons Richard, Geoffrey, and the since-departed Henry (the so-called “Young King”) against the elder Henry in the Revolt of 1173-74. That rebellion long since quashed and the junior Henry recently departed, Henry II must name an heir to his throne, desiring the matter to be settled prior to his death in a way that will preserve the kingdom he has built. Henry prefers the son he believes most non-rebellious, the youngest, John, while Eleanor favors the tactician Richard, the eldest surviving son. Complicating matters is Philip II, the boy king of France whose sister, Alais (Jane Merrow), is to be married to the heir to the English throne. Philip demands that the marriage be formalized posthaste or Alais’ dowry returned; Henry demurs, having yet to decide firmly upon his heir and reluctant to part with Alais, who has become one of his many, many mistresses.

“So much history!” one bellows in between fatigued yawns. And it is, but it’s useful background, for The Lion in Winter drops its audience directly into the intrigue, leaking out the relevant context in dribs and drabs and expecting viewers to keep up. It is an unusual—and unusually satisfying—approach to the period piece, treating it as just another story about characters with varied personal histories that are divulged naturally over time rather than as a filmed textbook.

Yet “natural” may be the wrong word to apply to The Lion in Winter. Seldom a word spoken is natural in any way. Instead, one of the film’s great pleasures is its ultra-literate script, delivered with aplomb and gusto by its hyper-qualified cast. Goldman’s screenplay (adapted from his own stage play) drips with witticisms of the most eminently quotable variety, almost as if Nick and Nora Charles, or perhaps Albee’s George and Martha, had been medieval royalty. A list of diamond-cut repartee would be prohibitively long (though I include a truncated one as a postscript), and the actors’ glee at chewing such delightful language is evident in every frame.

The performances are all the more astonishing for much of the cast’s relative youth and inexperience. Terry and Dalton were making their film debuts, and Castle and Hopkins were appearing in only their second features, but each makes a lasting impression. Hopkins shows much of the prowess that would catapult him to stardom years later as the stern, militaristic Richard, full of a bluster masking a lifetime of emotional wounds and confusion. Terry, as the sniveling, dimwitted John, is a cowardly baby whom one can easily see morphing into the villain familiar from the Robin Hood legend. Dalton is at his most lithe and quietly beguiling as Philip, for whom the best adjective is without question “French.” Most impressive of all is Castle as the scheming, conniving Geoffrey, a man who knows he will never be king and must instead resign himself to a position of royal influence, and so has developed a multi-forked tongue with which to tickle each and every ear.

These players are, of course, only on the periphery, striving as best they can (which is to say admirably) to be heard amid the sturm und drang of the ruling couple. O’Toole and Hepburn have seldom been better than in The Lion in Winter—particularly O’Toole, given a great role in a great film with a great actor off of which to play (things that his formidable talents were often denied). While O’Toole’s tendency to chew scenery is on full display, it suits Henry and the film, about a man used to cajoling, frightening, bluffing, threatening, or otherwise swaggering his way to power and influence. He is a smart and capable ruler, frightened of his waning grasp on the future and determined to see his legacy ensured even though he knows none of his sons will maintain the empire he has built. (He was quite prescient, as John, once king, would forever lose the French pieces of the English kingdom.) It’s a rich and witty role, and O’Toole plays it to the hilt without obscuring its humanity.

But The Lion in Winter lives and dies by Eleanor, a fascinating woman, one of the richest and most powerful of her day, one who must convey fading sex appeal, cunning, charm, a strategic mind and a will to thrive despite adversity. It’s a tall order, yet Hepburn proves more than capable of it. Throwing herself into the role in the wake of longtime partner Spencer Tracy’s death, Hepburn reportedly was drawn to the part by her admiration of Eleanor’s zestful attitude, her “love of life but without sentimentality.” Her Eleanor is an extraordinarily complex woman: strong, smart, willful, yet not without latent compassion or heart. When Henry playacts his preference for Alais over Eleanor or threatens to annul their marriage and produce sons elsewhere, her injury is both calculated and real, and Hepburn sells both components equally. She and O’Toole manage to capture the deep hatred and antipathy, and the deep love and respect, that Henry and Eleanor possess for each other, grounding the absurd ups and downs of their eventful Christmas Eve in a plausible marital dynamic. More importantly given The Lion in Winter’s verbal gamesmanship, Hepburn sells the film’s contrived language—dialogue that could sound hopelessly stilted in the wrong performer’s mouth—with the greatest of ease. Every intonation, ever inflection, every crest and trough is perfectly calibrated. It is an astonishment.

By film’s end, little is resolved—history marches on while writing little on any given day, real or imagined. As Eleanor sails back to her keep in Salisbury, Henry asks if there’s any chance they might live forever, a notion at which they both laugh heartily. The play’s the thing for them—not to catch the conscience of the king, but to battle wits and trade caustic barbs and pose against each other in flamboyant theatricality. Henry’s main dilemma in appointing an heir is that none of them are half as clever or as lively as he or his imprisoned queen. They may bellow to excess, but they chew with real distinction.

- “How was your crossing? Did the channel part for you?” “It went flat when I told it to. I didn’t think to ask for more.”

- “Rosamund’s been dead for seven years.” “Two months and eighteen days. I never liked her much.” “You count the days?” “I made the numbers up.”

- “Love in a world where carpenters get resurrected? Everything is possible.”

- “I’d hang you from the nipples, but you’d shock the children.”

- “Be sure to squint as you approach. You may be blinded by my beauty.”

- “I want to reach a settlement. I left you with too little earlier.” “Yes, nothing is too little.”

- “She smiled to excess, but she chewed to real distinction.”