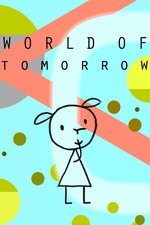 “I no longer fall in love with rocks.”

Sometimes something is inexplicably perfect. Take, for example, the ending of Julia Donaldson’s children’s classic, The Gruffalo. Telling the charming story of a quick-witted, clever little mouse who evades assailant after assailant (including a fox, an owl, a snake, and the titular monster) on his way through the forest, Donaldson’s rhyme scheme and plucky tale recall the simple delights of Dr. Seuss. The Mouse is small and fragile and susceptible to nature’s inherent predation—it is the way of things. But he is able to subvert the natural course of events with a keen understanding of the importance of words (and a little bit of bravado and good cheer). Finally, after he has successfully outwitted his enemies and frightened away the fearsome beasts, we reach the conclusion: “All was quiet in the deep, dark wood. The Mouse found a nut, and the nut was good.” Sometimes the simplest thing is the best thing.

For Emily Prime, the world is uncomplicated. She eats lunch. She enjoys her cars. She draws triangles. She revels in rainbows. Her capacity for happiness and for sadness is infinite, but the sadness is evanescent, easily displaced by the next of life’s little joys, which will inevitably announce itself in short order. For Emily Prime, the world of tomorrow is only a moment away. What a happy day it is.

Two hundred twenty-seven years in the future, an approximation of Emily Prime still exists. A clone, also named Emily (Julia Pott). For simplicity, she might be called Emily 4, as she is the fourth in her line. Emily 4 suffers some minor muntal detariaration—image degradation is an inevitable part of the cloning process—but this is the least of her concerns. She is trapped in a prison of self-awareness and mortality and unfulfilled longing. Her capacity for happiness is inverse to her capacity for sadness, her pride in the latter spurring its exponential growth. As she sits and rocks silently in the dark, death’s cold breath brushes her shoulder. What an unhappy day it is.

The future has produced many signs and wonders: the aforementioned cloning; the ability to upload one’s digital consciousness into a small black box; animatronic cadaver-bots in lieu of ash-laden urns on mantelpieces; time travel, spottily successful but purchasable at both retail and discount outlets; museum displays turning the life cycle into blinking-eyed performance art. One can experience any moment in history simply by staring at a screen, a process so profoundly influential that it has supplanted history itself. As the lifespan has distended, ennui has become the default mode. For the affluent, the world of tomorrow has become meaningless—tomorrow has become forever, and forever is an impossibly horrible thing. Oh. Oh God, oh God, oh God. Oh my God. Holy Mother of God. Oh, oh, oh. Oh God.

Yet beneath Emily 4’s disaffected monotone lies the original Emily Prime, however obscured by the smudges of generation loss. Robots programmed to fear death and chase an endpoint in perpetual motion traipse by a sparkly and surprisingly sensual rock. Monsters hatched from purple eggs provide sweetly white-noised companionship in balloons sailing above the red-rocked Martian peaks. Random access memories metamorphose into art installations by the light of which one might meet one’s true love. Sadness and happiness commingle, their relative prominence a matter of perception more than reality.

So it is that, while Emily 4 focuses on the upcoming meteor strike and the unimaginably painful deaths awaiting most of humankind, Emily Prime perceives the Outernet as a geometrically pleasing place, full of saturated hues and Midcentury Modern design elements. Warned by Emily 4 not to get lost in the memories on display, Emily Prime is unfazed—she is not lost in a memory, but in the moment, and when the moment is gone, another will inexorably replace it. It is Emily 4 who is mired in the past, which she looks upon with a combination of fondness and ruefulness—never appreciating it when it was the present, but recalling details primarily of discomfort and grotesquerie in her reflection. Emily 4 condescends that those of Emily Prime’s time must view the future’s technological innovations as something like magic—precisely the thing missing from Emily 4’s world, a time drowning in pervasive hopelessness and emotionless pragmatism.

The cheerful simplicity of Don Hertzfeldt’s visual design—stick figures, spare backgrounds, black and white offset by bold colors—belies the bleak philosophy of his musings. Death is inevitable and omnipresent, yet pushing death further into the future only makes life ever less bearable. It is a dispiriting proposition, leavened by deadpan wit and the bright spirit of Emily Prime, a protagonist of almost too much charm. In a way, it is unfair to suggest that one adopt Emily Prime’s worldview—a child of four has scarcely any past to recall and thus cannot become imprisoned within it, and she is far enough from death to make her ignorance of its looming claws reasonable in a way it is not for the average adult. But Hertzfeldt is appropriately nonjudgmental of Emily 4’s lack of affect and spark. She is not bad; she is simply the burned out husk of what she once was, as are we all. Life beats us down, and when life never ends, the world of tomorrow becomes a threat rather than a promise.

Hertzfeldt drifts dangerously close to ending his mesmerizing tale on a nihilistic shrug. As burning corpses streak the night’s sky to beautiful effect and the Outernet begins to disintegrate, Emily 4 imparts to her forebear a piece of advice she remembers having received from her future self while she was her former self—a bit of pretzeled continuity that is both bewildering and perfectly sensible. “Live well and live broadly,” Emily 4 tells Emily Prime. The day-to-day minutiae of life, so frustrating in the moment, will wash away and quickly become meaningless; instead of focusing on the trivial, be grateful for the “now” in which you live. Simply by virtue of your existence, you are the envy of the dead. It is a message both unimpeachably true and cosmically laughable, for we have seen that Emily Prime will not heed her clone’s wisdom. Instead of continuing to embrace the moment and escaping the weight of life’s perceived slights, she will become cold and neurotic. Proud of her sadness, she will operate under the misguided and ironic notion that feeling pain makes one more alive and so will become numb to life’s pleasures. It is the emotional and philosophical equivalent of Nero fiddling while Rome burns.

But Hertzfeldt, while mordant and acerbic and occasionally morose, is anything but disingenuous. He does not close with Emily 4 espousing unobserved life lessons into the abyss. He ends where he began—with Emily Prime, unbruised by her doom-laden encounter, back in her home, a sunny four-year-old girl. Despite Emily 4’s pronouncements, the world of tomorrow is not foretold—it is overflowing with possibility. For now, Emily Prime will exist in this moment, playing with her cars, knowing that sometimes the simplest thing is the best thing. What a happy day it is.