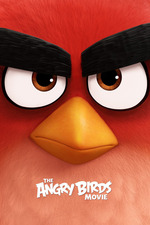 fascism: children's edition or the west's justification and propaganda for their own imperialism but for kids this time
remember kids, don't trust and then bomb the shit out of foreigners because they're filthy deceitful monsters who'll steal your kids and ruin your country. they'll take your nice home away from you, bring their savage cultures to your country and warp your fellow citizens' minds in the process, and they're scary animals because their species is different and they don't look like the inhabitants of this island filled with the righteous creations of god. and even if only a minority participated in these attacks against your nation, just bomb them all because you never know who could be the next extremist, the next savage to cross your borders. kill their children so they don't grow up to take things from you. kill the innocents out of displays of control and fear, cause chaos in the survivors, leave the government broken and the citizens with no support. come in as the righteous children of god and leave the cities in ash and the streets flowing with blood. leave the broken people crying out of loss, pain or anguish because they all probably deserved it, because some of them acted against us, and we are the judge jury and executioner for who gets to exist in this world, and everyone who doesn't fit will be left in the carnage that we caused.

Based on a True Story