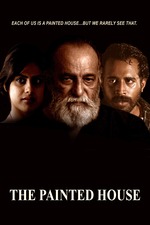 Gautham, an aging writer, pens a new novel centered around the character of Nachiketas, the character from 'Katha Upanishad' who wished to comprehend life-after-death. When the writer is struck by a heart attack and falls flat on the floor, the ball is set rolling for a chain of incidents wherein the 'good-persona' mask starts to fade.

The director-duo has done a decent job venturing into a tale of awareness of man's inner self that runs for a crisply-packed 100 minutes. The controversial scenes (involving full-frontal nudity) are quite integral to the screenplay and weren't inserted merely to raise intrigue (amongst other things). The film introspects the 'paint- coated surface' outlook of men (or people in general, for that matter) that is often projected over the towering sense of hidden motives and deceitful thoughts. All of us possess inner demons that we seldom wish to embrace.

Performances are quite good although one tends to get a feeling of watching a play unfold, rather than a cinematic piece of work. Neha Mahajan plays the role of the seductress to perfection while Akram Mohammed is fine in his portrayal of the uninvited guest (his frequent nefarious laugh is irksome at times). K. Kaladharan has the looks and aura of a writer but his dialogue delivery and expressions are more befitting the 'stage' than 'screen'.

Verdict: Worth a watch for its candid take on the subject-matter!

King Arthur: Legend of the Sword