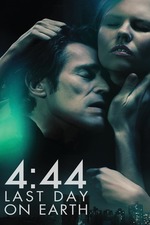 As I sit here thinking about what I would do in the final day(s) of my life, I’m left wondering, contemplating the ill-fated decisions I’ve made over my years alive. I’m left with the fact that it truly doesn’t matter in the face of finality, end.

Trivialised mistakes made mundane by finality, all that matters in the moment is what happens beyond: final moments that define us. What would I do? I don’t quite know at this point. The uncertainty of death at this very moment paints a different light unto the rumination of what would be considered of me upon death, but even in this lack of clarity regarding the finality of my end and the circumstances that would surround it, I’m left wondering what I would do.

I think I would walk around where I was, take one last look at the city (I’m guessing there’s where I’d be living?); walk around the park and take in the trees, the leaves, the grass, the wind that naturally fills parks (feeling different from wind you get elsewhere, for some reason just a crisper scent of freshness); I’d admire streets, architecture, the people that occupy them - a bustle through manmade life, as the world of man meets the world of nature in one sort of weirdly yet uniquely Earthly harmony - the local familiarity of a place that feels like home to me; say hi to my friends, have a conversation about one of many things we’d love to, brunch - if that was even possible on our finally day - and just the homeliness of being around them; go hug my parents, thank them for everything, try to understand all our mishaps through their love for me - perhaps muddled sometimes, as we are all human after all, but still present in its intention - and just be grateful; perhaps be with the one I love - I don’t know when and where and how and why this end is there so this is all purely hypothetical and fictional, but I guess in this scenario I’m at at that point - and I’d spend my final hours with them, having one last final hoorah as we wish the world away in its demise.

4:44 - Last Day on Earth feels nihilistic in its content but I like to look at it as a hopeful pledge for our reality. It’s a rumination on the human experience, culminating our regrets, pains, joys - everything - into the finality of our last day on Earth, humanity’s end. It’s beautiful in that it touches into the disarray of a mind near the end, the worry before impact, the utter irreversibility of it feeling all the more colossal and existential, in vain of our individuality as we fade together. But over that mundanity, I think our individuality further expresses the fear of it all dawning upon everyone, the finality of all overwhelming the masses. It’s safe to say it’s not here for many of us yet *touchwood* but I feel that even in our uncertainty, many of us know the truth behind what would lie near our ends... many of us seem to recognise what we want in life and project that onto that finality, and perhaps that’s a plea for us to make the most out of everyday life, to make the mundane all the more real in fascination, to breathe more life into existence with the simplicity of today, tomorrow and the day after that, day after day, a day at a time, being in the moment. There’s much more to life than looking at the end; we lived the past, we’re in the present and there’s so much future before the end. There’s the now.