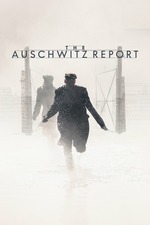 CINE-MAX, if you're going to play your own ad twice, at least LOWER THE VOLUME SO THAT THE SECOND AD IS NOT 10X LOUDER THAN EVERYTHING ELSE. Goodness gracious, it's been two years already, please fix it. I'd rather keep my hearing before the movie starts, thank you.

With that out of the way, I thought this film was pretty great. Bebjak sure improves on the technical aspects from Trhlina, there are a couple of neat long takes, the more notable are two during the first third and the one during the last 10 or so minutes. As for the colour palette, to the surprise of no one, the film looks truly bleak, you have the misty, death-like grey accompanied with shades of shitstain browns. After the first third or so, it changes slightly which matches well with the two leads on their journey.

Pretty good acting, has a few chilling scenes too. Can't say how true it is to the book material, as I am a huge uncultured swine who has not read it. There's one thing that bothered me and that's the opening, it's been a while now and I'm usually bothered with scenes which take place either in the middle of the movie or towards the end, it ruins the surprise and tension since I kind of know what happens. Here, it took the liberty to do it somewhat differently, but it still rubbed me the wrong way.

One more thing, as the credits rolled, the entire cinema went silent and stayed there for the entirety of it without uttering a word. If you watch this in cinema, you'll know why.