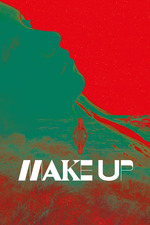 Claire Oakley has a strong grasp of atmosphere, and escalating tension, and as an exercise in demonstrating her abilities, if this were a thesis film for a Masters or Doctorate degree, I would give her an "A". But as a theatrical film, it's one of those that is just never big enough, or doesn't go far enough, or push its characters hard enough, to make a compelling reason to even watch it. Once I realized what was happening, I admired Oakley for not only attempting it, but for mostly pulling it off, though I couldn't care less about it.