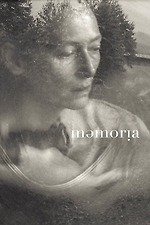 “We might conclude that everything spatial in a film, in terms of image as well as sound, is ultimately encoded into a so-called visual impression, and everything which is temporal, including elements reaching us via the eye, registers as an auditory impression.”

“Some kinds of rapid phenomena in images appear to be addressed to, and registered by, the ear that is in the eye, in order to be converted into auditory impressions in memory.”

— excerpts from Audio-Vision: Sound on Screen by Michel Chion