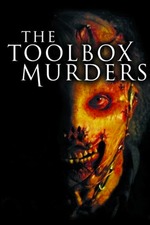 beautifully rendered archetypal slasher (really just plays as hooper having his cake and eating it, more than just a flex of his formal rigour although the fun he's having with all his little experiments is apparent), elemental as a springboard for digressions and extremities - a run down motel isn't much exaggerated to feel more run down but it's seen from the eyes of the people who are coming to it and dually the people who have always known it - as a backdrop for a group psychology, a community is shaped and suddenly it's like there's an itch inside you somewhere that you can't reach, soaking in the dirt and grime caked on the walls and eventually becoming part of it all. so ugly in such a beautiful way/vice versa (wanna see this again but on my monitor as apposed to my tv, wanna just drift away into the shadow and texture and light of these elegiac haunted images). forgotten or derelict lives without movement being tossed around and/or corralled by some violent force, something in the structure that doesn't allow for stable footing and must be adapted to. it's all so hideous, it's all so sad too. it's all so wrong: urban/economic displacement and alienation are more present, more crushing and more tense than any stalkers gaze could manage - not even about what creepy things you could find stashed in the wall, just an incomplete rotting space with all its wounds bared and vulnerable to invasion, so many years of decay as it's bourgeois roots rot the heart of its working class populace. so deeply haunted because you can practically feel the weight of all the lives that have been wasted in the squalor of poverty.

based liked these reviews

based is using Letterboxd to share film reviews and lists with friends. Join here.