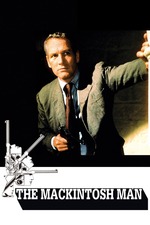 This isn't an especially distinguished espionage movie, despite the presence of Paul Newman, James Mason, and Dominique Sanda, and (behind the camera) John Huston and a young Walter Hill. I read that Huston was unimpressed by the script, which (though credited to Hill) was worked on by at least a half-dozen people; he put little effort into directing the film, and this wrecked his relationship with Newman. Does this mean Huston's to blame for the film's looseness and thematic incoherence? I'm not sure if this half-hearted genre item merits the investigation.

Still, there are some nice action set pieces, Newman is charismatic, and some of the moments of cruelty anticipate Hill's directorial efforts. An agreeable time-waster.

All the Dead Ones