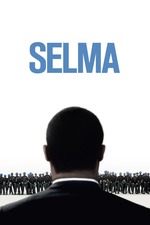 In a week when the US President flagrantly exclaimed that four American-born citizens (Congresswomen no less!) should "go back to the countries where they came from" it feels like things haven't really changed at all.

After Ava DuVernay's brilliant "When They See Us" (on Netflix now), it felt like a good time to rewind to director's Best Picture nominated "Selma".

It's a harrowing and moving story with a charismatic lead performance. It's not exactly subtle, and I don't think it wants to be. ADV wants this bring those American school history books to life and avoids most of the biopic traps.

Less aggressive than a Spike Lee joint, and more conventional than a Steve McQueen. It's safer (no doubt), but the cast and craft help it carry similar weight, and it deserves to be part of the same conversation.