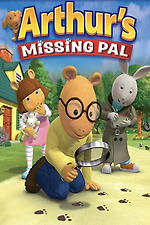 Why were Arthur and his friends turned into 3D nightmare creatures?

I don't understand why this film is 3D animated, it would be fine if they stuck with the regular Arthur hand drawn art style instead of trying to 3D animated it on a shoestring budget, This movie is hideous! its like the Arthur team saw how all of the kids were into Pixar and Dreamworks films and tried to copy there style but instead ended up creating this creepy uncanny valley fever dream.

The plot is also really stupid, Arthur decides that a water balloon fight is more important than looking after his dog so decides to neglect him by not feeding him or taking him out for a wee then when he finds out that Pal is missing he gets all upset and spends the rest of the film trying to find him, Arthur, pal deserves better than your selfish Aardvark looking ass and you and your evil sister should be lined up and shot by the Elwood City firing squad.