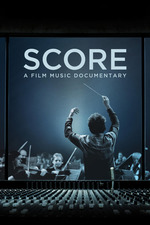 If you wanna talk about the actual filmmaking of the documentary, there's a bit of mediocrity to it. Rather than telling the story of movie-scores through the eyes of one person, or setting up the film with a "big question" that drives it forward, it's more or less just a statement of the facts and the history of movie scores as a whole. It also doesn't vary much in terms of the topics discussed. The film highlights different composers and their unique approaches to music, sure, but it's a bit of a one-note-song (no pun intended) when it comes to the nature of the discussion. The gist of the film is "Music is great! Music can move people!" and there's not much variation in terms of information from there.

That said, if you love movie scores as much as I do, simply hearing them in all their glory will probably be a very enjoyable experience for you. The film left me frequently saying "yes, exactly!" because the people interviewed were constantly affirming many of the thoughts I'd privately had about different composers for years. It also manages to cover *most* of the best/most-famous composers of all time. Some of them get short shrift, but if you're a movie score fan, you'll probably get a kick out of seeing your favorite composers get their time in the sun.

It's only a few dollars to rent on iTunes, so I'd recommend checking it out. But I really don't think I could say it deserves any awards, especially when documentaries like HAMILTON'S AMERICA and I AM NOT YOUR NEGRO exist.