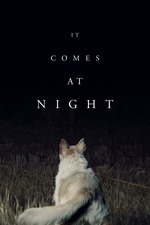 Yeah, I didn't care much for this one. The movie is so dark it crosses the line into making viewers feel more miserable than enlightened or entertained. Answers are left unanswered, the teen son (who looks like he's 25) was distracting and annoying rather them compelling. What was the son mucking about every night supposed to mean? Was he learning what grown-up couples do in bed? Was the paranoia of his parents infecting him too much? What was this illness? Were the nightmares symbolic or just random attempts at being scary?
Several thin characters, nothing particularly scary, the ones I did care a bit about get the short shrift. What, then just some bawling at the end?
Felt too mean-spirited, nebulous at times. lame
Some points for Edgerton & Abbott- two good ones. 2.7 stars