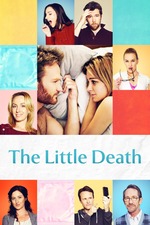 Carnal desire is on everyone’s mind in Josh Lawson’s directorial debut The Little Death. Deriving its title from a French euphemism for orgasm, the film is a sex comedy anthology telling five loosely connected stories of fetishism and dysfunction. Both male and female perspectives are voiced, and the kinks range from quirky to disturbing. The topic lends itself to the potential for a biting satire on selfishness, sexual dishonesty and the consequences these things yield, but The Little Death is not heavily concerned with these things. It’s a trifle of shallow pleasures, unfortunately, let down by one too many tired gags and a series of contrived, somewhat clumsily assembled plots.

Lawson’s intentions are a bit tricky to pinpoint. While much of The Little Death is content to coast on bubbly kinkiness and wacky complications, it occasionally takes a turn into darker territory, with a handful of morally questionable character decisions posed as playful, and a pair of uncharacteristically brutal conclusions. At the same time, it strains for blushes and raised eyebrows by courting tabooed subject matter while also infusing unearned romantic sentiments in an attempt to stir sympathy for terribly repulsive and single-minded characters. The confusion leads to mixed feelings and a slightly inconsistent tone, but there are bigger issues threatening to tear down what starts out as mildly enjoyable, amusing fluff.

Full review at Way Too Indie

Tales from the Darkside: The Movie