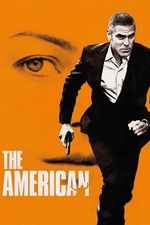 Sure it's good, but I want even less stuff to happen. Make me watch Clooney build a gun for four hours, dammit. Longer takes. Less dialogue. More shots of the Italian countryside.

Seriously, though, the film uses the trappings of a spy/hiest thriller "just one more job" cliche, but then strips the normal delevery of the story to just the barest of tensions. Despite the film's promotion selling us action set-pieces and sex, what we really get is a quiet meditation of a man having to grapple with the collateral damage of his job.

It might be more style than substance, sure, but everything that is there gestures at themes and emotions I would gladly sit with for a while: the inevitability of regret, the possibility of redemption, and the atonement that we all will undergo for what we have and have-not done.

Postscript: Yes, I realize that the "finding redemption in love" trope is a exploitative oversimplification of the purpose of relationships, often at the expense of the female character. No one should look towards another person to make them whole or redeem themselves. However, the sentiment of redemption is still something worth rooting for.