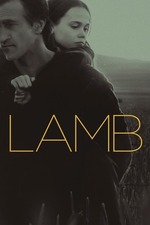 97 minutes of unease and emotional worry, boldly addressing the inevitability of life and scenarios we find ourselves in (here it's a morally bankrupt one). We watch two people, far different but internally similar, confronting their individual realities with results they know are imminent. We watch a tree fall down, instead analyzing both the force that made it fall and the ground it lands on. All of this is present in a (supremely) disturbing narrative that isn't condoned by the film surrounding it, and still shakes us to our cores with its ideas. It's impossible to stop thinking about, really, because of the line it walks so bravely.

This is a super controversial one, a discomfort machine, with fascinating discussions to be had after watching (I can speak from experience on that front). Under any director other than Ross Partridge, this might have been disgustingly exploitative, but he makes it about so many more things than just what's onscreen. When the credits roll, you're not sure what to feel. It took me a solid hour of reflection to come to some finality.