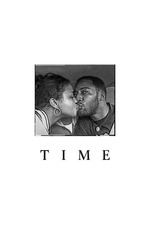 It felt as though as the cinematic world has betrayed me.

This could've been the first year in NINETY-FOUR years worth of cinema watching where a year didn't contain at least one A+ film.

However, on October 17, all of that changed.

Garrett Bradley's Time was released and I finally saw a prestige picture released this year.

An 81 minute documentary with the emotional scope of a 2 1/2 to 3 hour documentary. Hauntingly gorgeous black & white cinematography by: Zac Manuel, Justin Zeifach & Nisa East. And a story, unfortunately, all too familiar and constantly transpiring for ages.

This is my film of the year so far. Many has come close, but this one took it.