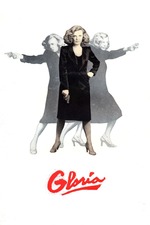 so strange when cassavetes does studio films! the conventional pressures of capitalism clashes with his raw emotional style, creating this dislocated reality that whips from cliched dialogue to a patented genius gena rowlands monologue and back again.

together, the ultimate film power couple unpacks the false myth that being a woman makes one inherently maternal — even when gloria is taking care of the boy she’s smoking cigarettes and gangsters in front of him or calling him stupid, lol. though film noirs of the 40s and the new hollywood movement of the 70s meant that antiheroes were bountiful, antiheroines were much rarer. it’s easy to see why this timeless story’s sly influence has resulted in countless remakes, all of which fail to replicate the intimate alchemy of the original.  there’s truly nothing like a cassavetes/rowlands collab!

(streaming on criterion channel with an introduction by the safdie brothers)

The Talk of the Town