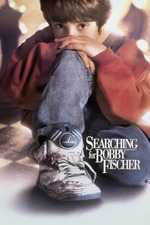 My god, the character actors that were assembled here! Steven Zaillian was a well known script doctor in Hollywood so despite only having a few actual credits under his belt, he'd worked in the studio system for decades on high profile projects without credit, and was set up with a stunning cast for his directorial debut. A who's who of character actors from the early 90s from the David Mamet players (Joe Mantegna and William H. Macy), to the bulldog faces (David Paymer and Dan Hedaya), to the on-the-verge (Joan Allen and Laura Linney), to the bonafides (Ben Kingsley and Laurence Fishburne) in the mentor roles.

Enjoyed this extra on a rewatch because I had a brief mentorship with Zaillian a decade ago that convinced me to move to Los Angeles, after sleeping in my car/on the recording studio sofa for two months to save up some money for such a bold move, and he assisted in navigating the hierarchies of the town my first few months here even though his agent informed me I was "too nice" to make it in Hollywood haha. One lunch in particular, where he talked about years of not receiving credit setting him up to make this movie, seems appropriate to how Josh plays chess that parallels that.

Speaking of credits, Macy gets perhaps the best descriptive acting credit of all time as "Tunafish Father." And he's in multiple scenes, too!