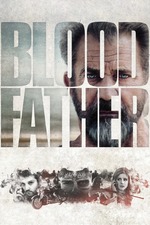 For this week's Movie of the Week, I chose Blood Father.

When the movie first started, I thought I picked something terrible -- but then Mel Gibson showed up, and he almost immediately won me over with his commitment to his role.

This isn't a great movie, per say, but it's better than you would expect. Judging from the critical response on Rotten Tomatoes, it seems like critics largely understood the context of the film: basically, it's a "b-movie," that exceeds its b-movie bounds. I think that is almost entirely owed to Mel Gibson's acting. He just sells this movie as something more...

Probably part of my selection was having just watched Dragged Across Concrete, which I enjoyed a great deal. One thing that unifies these two movies more than anything else is the connection to Gibson's personal life. Both movies reference alcoholism and bigotry to his character in very direct ways, and I found it distracting, but also fascinating. I don't know if Mel's working out his demons or putting them on display as some kind of point made to the audience. I somehow think both, but I can't fathom the implications. I will say that I have not seen Gibson act as angry as he does in Blood Father. Some of his fury was legitimately intense! Where do art and artist separate?

From a story perspective, the plot is pretty paint-by-numbers, but it still managed to surprise me from time to time. Part of the enjoyment were these little detours throughout the film. The supporting cast was just about as all-in as Gibson. Michael Parks was particularly great as "Preacher." That was my favorite side story in the movie. It's a testament to the director that they were able to keep everything glued together so this didn't turn out like one of the Bruce Willis direct to Netflix excursions. The only thing I wasn't on board with was the action. A lot of it had a really low-budget trying-to-do-Tony-Scott-style editing that just rubbed me the wrong way. As if the editing were supposed to pump up the action. It felt like a limitation of budget rather than talent, so only so much can be done. Minor quibble -- they got the last scene down, which is when it really mattered.

I'd recommend this film to most people. There are lots of worse movies to watch.

Don't Worry, He Won't Get Far on Foot