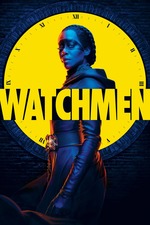 The first two episodes were more interesting than they were good, but then the show sunk its teeth in. From episode 3 until the final moments, I was hooked. Granted, the ending wasn't perfect, but it did scratch those ending itches well enough.

Ultimately, the show felt true to the comic it was based -- not quite the same quality level -- but good enough. You might feel hesitant to keep going at the start, if you're like me and don't want to feel like the Watchmen property has been co-opted, and social justice is being crammed down your throat. I recommend you see it through -- those socially-relevant themes provide a platform for the story, but they don't poison the affair. Instead, they strengthen it. By episode 3, some of the characters from the graphic novel start making themselves known, and that also helped me quite a bit.

I won't talk about the ending at length, but the showrunner intended to make Watchmen wrap up after one season, so it felt complete. I think episodic content is about the journey, and the ending is just a bonus. This journey was, indeed, worthwhile.