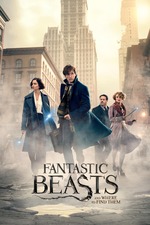 I feel like it is not right to compare this film to the original Harry Potter films, but I feel I must. While well done, and I have no complaints on the acting or style of the film, it felt like just another blockbuster with a high budget spent mainly on special effects.

The film lacked the whimsy of the first few HP films, thrusting you into a magical and amazing world with hardly any fanfare. There was a lot of new stuff, beasts and locations, that it made the film feel unconnected from the HP series. Scenes with Goblins and other weird creatures from the previous films had me getting the most excited, for some reason. I hope that the next five (Jesus Christ) films expand on the wizarding world more.