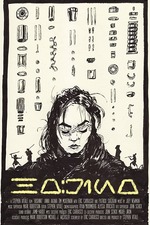 Honestly I don't see why people haven't written a review of this?

The short is particularly on the quite on the nose but it understands the drama and iconography of the Star Wars world and it really got right what goes into a good sword fight even if it was just for a training sequence the silhouettes were clear and it felt like a fight! Star Wars fights can feel like a dance routine or a whack invisible piada most of the time so I love the Japanese inspiration that flows through the short.
I honestly want to see more about this main character I was drawn in by the start and it ended on such a nice nom-drag note, it's cool, well done it's how a training sequence should be executed!

It proofs to me sometimes the fans know what's going on more than the big bois at Disney!