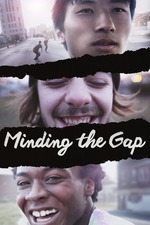 Minding the Gap is an astonishing directorial debut. A testament to mankind's desperate need to be loved. An emotionally wrenching look inside the way many victims internalize varying forms of abuse. The way director Bing Liu captures footage, the way he is able to capture so many intimate, candid moments between himself and his friends, identify the connective tissue between their three stories, his ingenious editing as he weaves his wealth of footage together, his emotional intelligence, the delicacy with which he primes his friends, their families, and his family, to share with him how deeply human, and flawed, each and every one of them are, it just needs to be seen to be believed. While there are a number of "big" moments I'm going to talk about, those big moments are not the thing that makes this a jaw-dropping, unmissable viewing experience, but instead it is Bing's emotional intelligence, and the sheer amount of layers he constructs when weaving through his story, in every single detail he chooses to include, all of which give us more insight, and bring us closer to understanding himself, his family, his friends, and his friends' families.

On the surface, the connecting thread between the three main subjects, Bing, Zack, and Keire, appears to be skating. They love skating. They spend every minute they can skating, even as they're on the verge of coming into adulthood. They admit that they are aware time is coming for them, they're going to get older, they're going to have responsibilities, but they'll do anything to push that time further along, so they can skate. But after the opening montage of these three friends skating together, it's almost jarring when we see the real world crashing in around them, especially for Zach, when we learn he's a brand new father, with his girlfriend just recently having given birth to their son. Zach is idealistic about the future of his son. He claims to want everything for that baby, every opportunity he never had. It's immediately hopeful.
But, as time wears on, we discover why they only wanted to skate, and the true thing that bonded them all together, which is the abuse all of them, and every single one of their family members, suffered, even though they had never discussed it with one another, and were presumably not intimately aware of the ways in which in manifested in each of them.
On top of the abuse they commonly suffered, it's gradually revealed that there were also varying rationalizations by the people that abused them, which each of them interpreting "reasons" for why they were abused, and I suspect Bing intentionally included the "reasons" each of them inferred to explain the abuse they endured, to reveal a greater truth about why abuse occurs, and why it perpetuates.
Keire was abused at the hands of his father, and we find out the reasons his father gave him had to do with racial identity. As Keire explains, his father never wanted him to forget his blackness, and how the world was going to treat him because of his blackness. In his father's mind, or at least, how Keire interprets what was in his father's mind, he need to be rough on his son, to prepare him for the world. Bing and his half-brother, were abused at the hands of his step-father. Though we never come to understand explicitly what Bing's step father's rationalization for the abuse was, we learn why Bing's mother enabled it, which at first is out of ignorance (or perhaps even willful ignorance), then, we understand it was out of her fear of being alone. Zach was abused by his parents, we assume because of his family's radical shift into conservative moralism. And perhaps the documentary's most tragic and heart breaking reality, we gradually learn how Zach internalized the abuse he received as a child, and how he externalizes it on his girlfriend, painfully unaware of how he's perpetuating the cycle of abuse he endured, and painfully unaware that he is an abuser himself, which is around the time that we take on his girlfriend's perspective, witness how she rationalizes Zach's abuse against her, and how, no matter what, she still hopes that he will get his act together, start being a responsible, present father figure, and be there to take care of her and their baby.

It's immediately striking how flimsy each of these rationalizations are, and that may help explain the emotional gut punch this documentary packs. Each of the subjects have deeply internalized the abuse they received, and that internalization is captured on camera in way I've never seen in any film before, which leads to the most emotional sequence in the film, the ingeniously edited Requiem-for-a-Dream-style collage of Bing's subjects breaking down as they reveal their universally shared reasoning for enduring and inflicting abuse, which is out of their desperate need to be loved.

During this collage of emotionally wrenching moments, we witness Keire visiting the gravesite of his father. A few moments after he finally finds the site his father is buried, he breaks down in tears, and then finally confesses how much he loved his father, telling himself how much his father loved him, convincing himself the abuse he suffered was done out of love, his father just wanted to prepare for the world, his father hit him because he loved him. Bing's mother breaks down into apologetic tears as she explained why she let her sons be abused, and why she let herself be abused, she didn't want to be alone, she just wanted to be loved, and Bing breaks down into tears with her. And, what I found most harrowing, was Zach's moment: as we learned throughout the film, through a striking display of extreme cognitive dissonance, Zach began perpetuating the cycle of abuse he endured onto his girlfriend, before he abandoned her and his son to move to Colorado. He doesn't get a broken down, tearful moment of rationalizing the abuse he received, and instead, in a heartbreaking moment, becomes a rationalizer himself, denying to himself that he is an abuser, convincing himself that he never hit his ex-girlfriend for any reason that was unjustified. But then, just briefly, he acknowledges he's a "fucked up" person, and reveals how much he fears that his son will end up as "fucked up" as he is. Of course, the empathetic moments we witness in Zach as he comes to terms with the fact that his life isn't turning out anything like the one he wanted, and the fact of childhood abuse he endured, never once act as any kind of justification for his absentee parenthood, or the times he hit his girlfriend when they were together, but are merely presented as a stark, humanizing reality.

Minding the Gap is perhaps the most humane, non-judgmental documentary I have ever seen in my life. Setting aside the actual craft, and Bing's brilliant editing, the thing that truly makes this film unmissable, is Bing's emotional intelligence. His storytelling style is so deceptively loose, though every single detail he includes feels 100% deliberate.

This is the most astonishing directorial debut of the entire year.