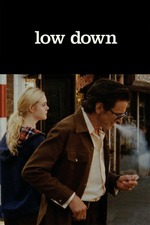 While it doesn't add anything new to the conversation about drug use in the music world in general and among jazz musicians in particular, Low Down does a decent job of reflecting the tragedy of it. The music is held in such reverence, but for whatever reason Joe Albany and many of his friends can't seem to create it without the need to escape into the empty caress of nothingness.

John Hawkes is terrific here, per usual, and the supporting cast is more than capable. Standouts include Lena Headey as the mother of his child, Amy Jo and Glenn Close as his mother. Billy Drago, Peter Dinklage and Flea are also very good, but the real star is the music.