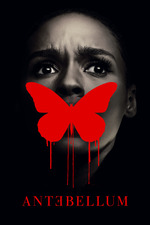 To be frank, ignoring the two main plot holes (satellites would be able to scan the area and people would probably suspect something if multiple black public intellectuals inexplicably went missing) that can be excused as typical genre leaps, none of this is particularly unrealistic. There is a modern strain of racism that goes beyond simply a hating of minorities and into an obsessive cartoonish desire to recreate the more horrific world of old and a tour of any dark corners of the internet would reveal people who would gladly contribute to the conspiratorial fantasy at the center of this, a few of whom hold some sort of political office. I mean, while no person would appear on a major news network with “eugenist” under their name, we just saw the president of the United States give a rally where he said he believed eugenics were real (“racehorse theory” as Trump called it) and that the almost entirely white audience were genetically superior to those who oppose him. We’re not quite at the edge this film sits on but we can certainly see it from where we stand.

Outside of all that, this is quite well-crafted on the technical level. The cinematography, while nice, is derivative but the production design is legitimately Oscar worthy and the costume design great (though that might just be a side effect of the fact that all the modern outfits look incredible on Janelle Monáe).

Monáe herself is very good. I’ve been following her career since the start and after some of the setbacks she’s faced it’s been so nice to see her achieve so much with her music but it is time for her to get more lead roles in movies and not just the supporting roles she’s previously been given. Jena Malone brings a fitting mustache twirling to her villainy. Unfortunately, this does underutilize Kiersey Clemons who just needs more attention generally. If you have not seen the sweet HEARTS BEAT LOUD, please do.

There’s some structural problems here and the ideas of the film are quite obvious (some on the nose moves do cause eye rolling). Nevertheless, sometimes a blunt instrument is necessary to show how far our society has fallen and if it can be done in the form of a gripping horror thriller here, all the better.