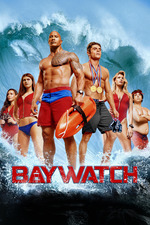 This is a solid 2 1/2 because it’s fun. There’s a whole raft of faults and missteps but it’s obvious the filmmakers weren’t out to turn the material into a prestige project.

The movie works when it’s a parody a la the Brady Bunch movie. Perhaps a better comparison would be Police Academy 5 where it’s mostly beach hijinks with some mobsters thrown in to give the characters something to do. It’s self aware and pokes fun at the Baywatch concept throughout (even some Baywatch Nights for good measure).

There are some genuinely entertaining moments as well. The highlight is a hilarious Jackie Chan-esque fight in a nursery where everything is turned into a weapon from stuffed animals to the diaper bin coup de gras.

The movie suffers when it turns to cheap boner comedy and anytime Zac Efron appears on screen. Zac was really working to earn that razzie. The baywatch babes aren’t given much to do, so it never achieves its predecessor’s ensemble cast dynamic. Oh and the dialogue sounds like it was written by an 8th grader who just learned how to swear. And my god the plot and story structure...well whatever like I said, best not to think about such things when watching Baywatch.

The lesson here is that future movies based on campy TV shows should go the parody route. Why have a somewhat serious A-Team or Charlie’s Angels? You sap the fun out of it. The premises of these shows were absurd anyway, might as well maintain that level of camp for the inevitable movie versions. Baywatch got it kinda right and it’s worth a watch this summer...and while it’s still on Prime.