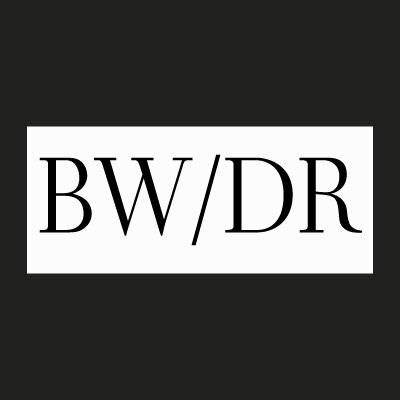 A different lens on films. No hot takes, lots of long reads.

Our Own Pieta, By The Portland White Elk | My Own Private Idaho (1991) Bright Wall/Dark Room

Still Here: A Journey Through The Funky Fanfare of Once Upon a Time in Hollywood Bright Wall/Dark Room

Does It Ever End? The Sweet Heartbreak of Paul Thomas Anderson’s Inherent Vice Bright Wall/Dark Room

Only I Know the Secrets: Breaking Down 'Under the Silver Lake' Bright Wall/Dark Room

What, to you, is the quintessential American film? 100 films

On the 4th of July, we asked you on twitter:

"hey, so, interpret this question however you want but...what, to…

"Watching Tales of Beatrix Potter, I’m reminded of nothing so much as Louis Malle’s Black Moon or Jan Švankmajer’s Alice, two other films that take archetypes of children’s literature and give them a good twist of the screw to reveal the uncanny lurking beneath the surface. Adapting beloved children’s classics with such a moody sensibility seems so counterintuitive it approaches the transgressive—and in a lengthy Los Angeles Times profile on the production of Tales of Beatrix Potter, a studio publicist…

"In hindsight, Punishment Park seems both prescient and eternal, as much a part of the zeitgeist now as it was 50 years ago. Much of the liberal West is catching up to what Watkins knew all along: we might one day live up to our ideals of equality, justice, and freedom, ideals inscribed in those sacred documents that we love to invoke. But it will require a hard—and honest—look at the ugliness all around us, especially in our troubling past."

“Hair had ruled me for many years,” she wrote in her 2005 memoir, My Life So Far. “Perhaps I used it to hide behind.” For years, she had molded her image to fit the standards of the men in her life. Hair was part of that, worn long and flowing, voluminous enough for someone to tell her it needed its own agent, and blonde blonde blonde. But now…

"In THX 1138, Lucas’ love is one for an artist’s work, rather than his muse. His heartbreak is that of a compromised creation, rather than a Shakespearean tragedy. After all, his protagonist escapes imprisonment and avoids the fate of a tragic hero.

But even as the fictional world of Lucas’ painfully personal debut acts as an ode to a man who dares to defy corporate strictures, THX 1138’s very existence is also a dire warning to his future self about the futility of defying such an all-consuming conglomerate."

"Billy Jack is the type of cultural artifact that’s so strange, and so precisely of its time, you would be justified if you finished reading this and decided the movie simply didn’t exist. Describing it inspires a self-canceling combination of genres: It’s a hippie action movie, a martial arts racial-reconciliation melodrama, and an improv comedy-western about the horrors of Manifest Destiny. Billy Jack baffles. Its sudden shifts between pro-peace speechifying and glory-making gunfights twist the viewer’s mind into a pretzel,…

"Fifty years since its release and 20 years since I first saw it, The Last Picture Show remains one of the best portraits of the ways we often fail to be worthy of one another, and one of the most generous towards the myriad disappointments of growing up and growing old, especially for women."

- Sara Batkie, It's Kind of an Itchy Age

"I loved every hairpin turn of writer/director Emerald Fennell’s feature debut—it won’t be for everyone, but it's completely and specifically for me. The camp; the meticulous, at times whimsical art direction; the needle drops. A tightly buttoned-up Alison Brie playing a WASP mean girl and the hard candy shell around Carey Mulligan’s inscrutable, stunning, acerbic, ultimately tragic anti-heroine. The humiliation of despicable men, and the unmasking of supposed good ones. The revenge of it all."

"In His House, the spirit haunts, inhabiting space the same way a thought takes up residence in the mind. Worry, fears—these are ghosts. There and not there. False and yet very real."