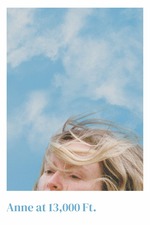 Kazik Radwanski has a strong claim on being Canada’s best young filmmaker, and with the bold, electrifying Anne at 13,000 ft, his third feature, he has delivered his most sophisticated work yet. Starring the Canadian actress Deragh Campbell in a fierce, ultra-dedicated performance, Anne feels at once suffocatingly intimate and realized on an enormous scale, introducing us to a struggling woman and immersing us in her pinched, pained existence as vividly as if it were the world of a blockbuster fantasy. Like Radwanski’s previous films, Anne feels both spontaneous and utterly precise, tender and totally unsparing; his unique method, which finds him shooting hundreds of hours of footage over several years, gives the film the impression of being the briefest glimpse of a life that will continue after the credits, of images that bristle outside the frame. Campbell is transformative as Anne, a woman, so to speak, under the influence, and Radwanski finds an emotional pitch, intense and unrelenting, that hovers between manic episode and nervous breakdown.

Sorry We Missed You