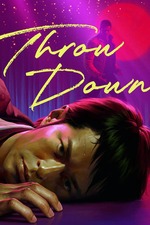 I’ll be Sanshiro Sugata and you’ll be Higaki.

Johnny To seems to be a reliable purveyor of action plus something else. Action plus a meditation on the energy transferring properties of Judo. Action plus a dedication to Akira Kurosawa and his debut Judo Saga: Sanshiro Sugata. Action plus, after the director’s name is given, a Gillette ad, then roll the credits. Action plus a little something else, an awareness of cinema and it’s transmutable essence wherein action doesn’t have to be a closed box. Action plus idiosyncratic and fun ideas; that equals a Jonny To film — the best a man can get.

And what does it mean to end your film with an advertisement for razors, if not nothing, and to understand that even while making work in genre, even while consistently referencing the initial work of a master, even while meditating on the art of martial arts, it’s still some kind of commercial handshake between form and function, and that presenting a line of razors and skin care products as the denouement of any physical image isn’t just selling out, it’s funny, and just another bold choice in a film with plenty of those.

Judo is just downright cool. The throws and focus on shifting gravities and energies of opponents. The Kurosawaian cinematic history. The legacy of storytelling and myth making around wrestling and it’s forms, supple building blocks for new and stylish creation myths.

And the film is just cool, too, cool as Judo. Cool as an action film plus something else. Action plus some intangible je ne sais quoi that just embodies the director and what they do. Here’s to exploring more Johnny To, and finding what other things he can do with an action film.